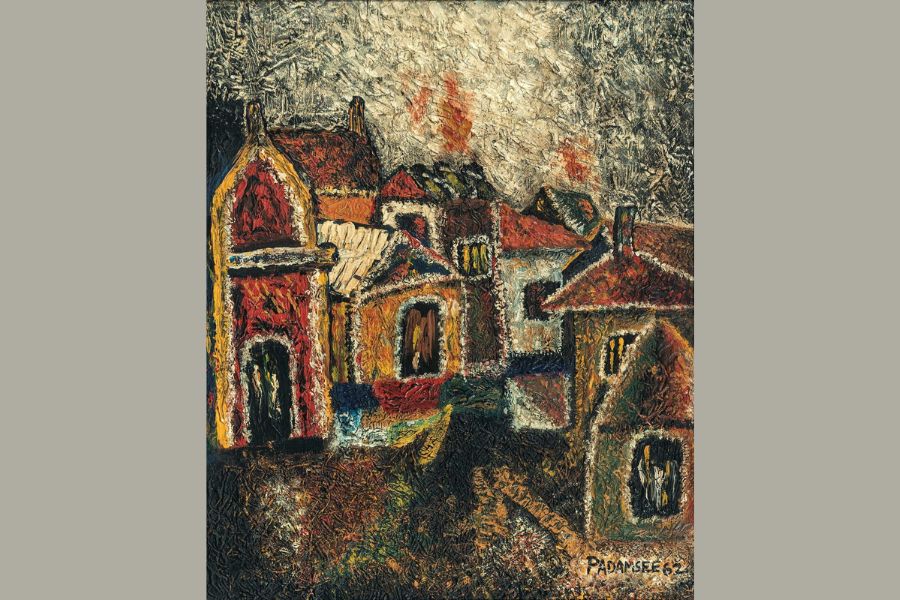 New Delhi, July 29: The auction will showcase some of the rarest masterpieces by leading artists of renown, including M.F Husain, F. N Souza, K. H. Ara and Jamini Roy, among others.

Some of the most significant paintings include Prabhakar Barwe’s Being of Power (1988), M.F. Husain’s Horses Series, Jamini Roy’s Mother & Child Series and F.N Souza’s Townscape.

The auction highlights an extremely significant painting by the artist M.F. Husain – Horses Series – oil on canvas painting from 1978 that was gifted by the artist to his niece on her 9th birthday in 2010 with a verso inscription in Urdu; a magnificent Jamini Roy painting – Mother & Child Series – that showcases folk art marked by the true essence of prehistoric (primitive) artworks; a beautiful oil on cloth by F.N Souza titled Townscape that was acquired from M.F. Husain who was supporting his friend (F.N. Souza) to sell his artworks to an eminent Hyderabad-based Family Collection during 1977-8; an intriguing K.H. Ara oil on a paper painting named Forest that was purchased directly from the artist by the Rajpipla Chitrashala Collection, among several other

covetable lots for serious collectors of Indian modern art or for those seeking to build a collection of rare and important modern works.

“The development of a larger Indian arts infrastructure has instilled a renewed sense of confidence and faith in Indian art. We are witnessing a growing demand for and an active interest in Indian Modern Art among our collectors in India.

Indian contemporary art is increasingly visible in the global arena, holding its own at important venues and under highly regarded banners alongside the other elite of the art world in galleries and museums all across the globe. Indian Modern Art retains its historical significance as well as a place of primacy in the study of the contemporary. We hope to sustain this momentum and this discourse through our auctions,” stated Ambassador (Retd.) Niranjan Desai, Chief Spokesperson – deRivaz & Ives.

Pyaari Tarawali, an enigma of womanhood in search of love & freedom, film to be released soon